“To help prepare us, ahead of the trip we each received a copy of Be Strong and of Good Courage from JNF,” said The Ohio State University student, Jake Horton. “The book talks about Israel’s history, and I became aware of how much I didn’t know about what existed there before 1948.”

Over the 10-day mission, these non-Jewish student leaders, who had never before been to Israel, visited significant sites including the Mount of the Beatitudes, the Western Wall, Masada, the Dead Sea, and Yad Vashem – Israel's memorial to the victims of the Holocaust.

“When we visited Yad Vashem, we realized the true meaning of how those who forget history are doomed to repeat it,” said The George Washington University student, Marvelouse Guerrier.  “As I grow, as a student leader, and as someone who wants to become involved in government, I have a responsibility to speak up for those who are marginalized.  I knew this already, however, it really resonated with me during our visit to Yad Vashem.” 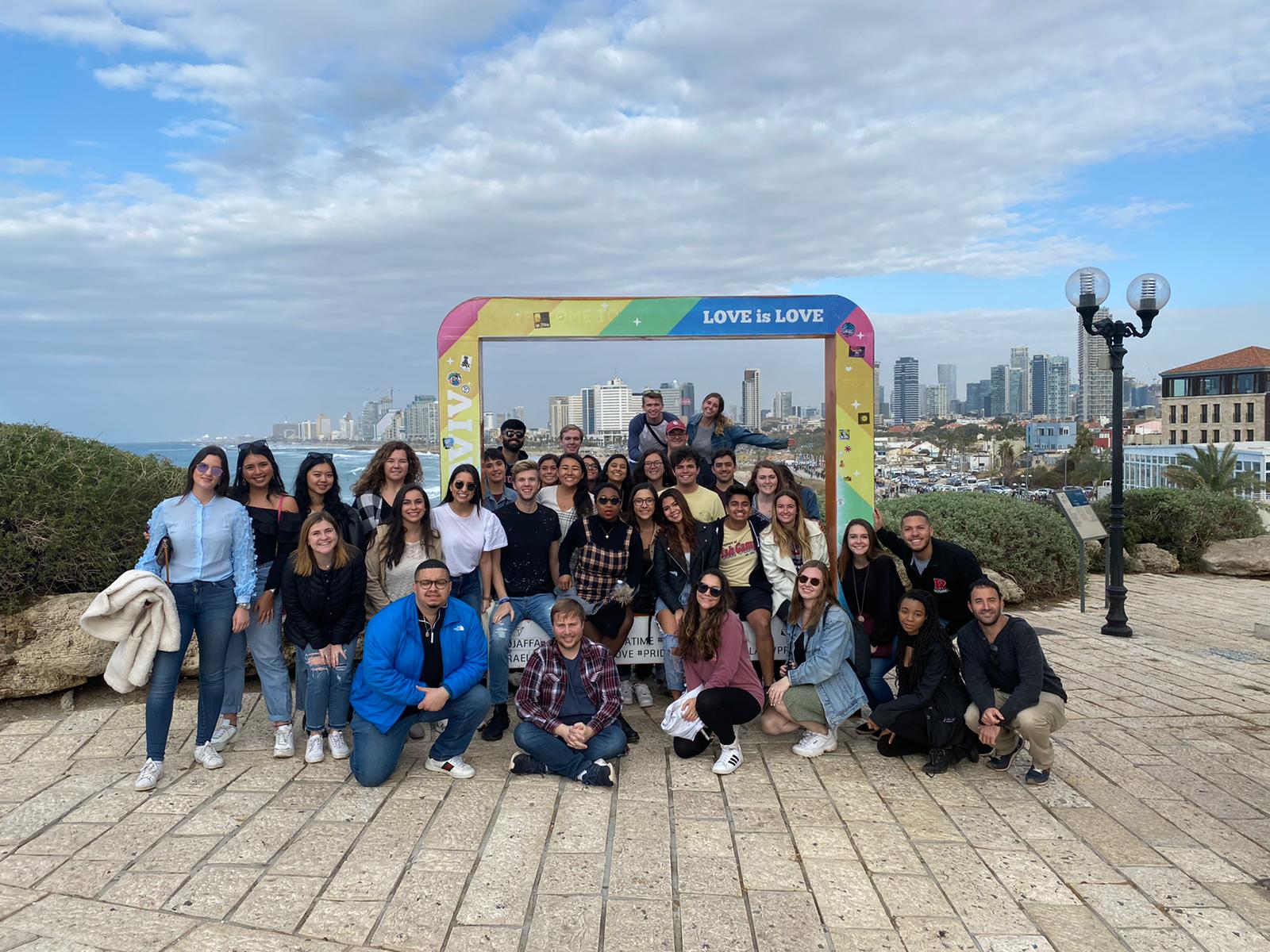 “JNF facilitates Caravan for Democracy because it’s important for college students to understand the positive impact Israel has had, and continues to have, on the world,” said Jewish National Fund CEO, Russell F. Robinson. “We are showing students a side of Israel they may not see in the media and we are doing it in a way where participants can form their own views.”

“As a result of the mission I want to work more with my local Hillel to spread positive information about Israel,” said U.S. Navy ROTC and Union College student, Brian Huang. “Anti-Israel sentiment isn’t as prevalent on my campus, as it is on others, but it is important that we change the narrative in general.”

Cornell University student, John Dominguez knows the divisive and destructive nature of the anti-Israel movement all too well. “Last year, the BDS resolution at Cornell served as a turning point in my life,” said Dominguez. “At the time, I was running for student body president and I knew I had a responsibility to support efforts to block the bill. By organizing more people to come to the student government vote, we were able to defeat the bill.”

For more information on Caravan for Democracy, visit jnf.org/CaravanForDemocracy or contact Nelson France at NFrance@jnf.org.