We hope you and your families had a wonderful Thanksgiving.

Thank you to everyone who signed up to participate in our Tu BiShvat Across America campaign. We at Jewish National Fund are excited to send this year’s boxes to you, complete with content to engage your students, whether they are at home or in the classroom.

It’s not too late to get involved and make the most of our Tu BiShvat resources! Join us for a virtual Educators’ Meetup on December 8th at 7:00pm ET – you'll have the opportunity to meet fellow educators nationwide and JNF professionals and learn how to utilize this year’s program. Register at jnf.org/tbseducators2021 We can't wait to see you there!

Parashat Tol’dot  and (Re) Digging for Water 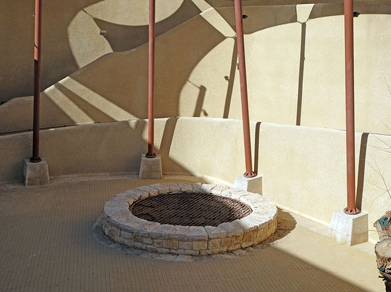 The first blessing in every Amidah gives thanks for our connection to God through the connection God had with our ancestors, “God of Abraham, God of Isaac and God of Jacob.” Our traditional texts credit all three of these men, seemingly equally. This is curious, as this week’s Torah portion reinforces how much more the text stresses Abraham and Jacob after a few verses in which Isaac bridges the lives of the other patriarchs.

“And these are the offspring of Isaac, son of Abraham; Abraham begot Isaac, Isaac was forty years old when he took Rebekah ….as a wife for himself.” (Gen. 25:19-20)

Within a few more verses, this Torah portion turns its focus onto their sons, Jacob and Esau. We read about their childhood, their maturation, the way the Rebekah and Isaac seemed to each play favorites and how that favoritism plays out.

And of the remaining 25 chapters of Genesis, Jacob is mentioned in 24 of them! What about Isaac? After almost losing his life back in last week’s parashah, Isaac leads a very passive life. Abraham’s servant, Eliezer, finds and brings Rebekah to Isaac. Rebekah’s difficult pregnancy connects her with God, and as soon as the sons are born, all the focus is on them. And finally, at the end of this parashah, Isaac is pretty old and infirmed.

However, in one section of Tol’dot Isaac makes his mark leaving a legacy apart from his offspring: after Isaac accumulates some wealth, he and his entourage act. They resettle the land that God promised to him and his family and it makes a difference.

Isaac dug anew the wells which had been dug in the days of his father Abraham and which the Philistines had stopped up after Abraham’s death; and he gave them the same names that his father had given them. …….He moved from there and dug yet another well, and they [his servants and locals] did not quarrel over it; so he called it Rehoboth, saying, “Now at last the ETERNAL has granted us ample space to increase in the land.”  From there he went up to Beer-sheba.

Isaac re-digs wells that Abraham, his father, dug. Why? Was there a water shortage? One possible answer is that he was looking for a way to connect with his father, thereby earning a place on our list of ancestors as one who advanced the fulfillment of God’s plan for the Jewish people.

Parents pass along their values to successive generations. When parents send their children on programs as part of our Israel Continuum, like Alexander Muss High School in Israel or Frontier Israel, they are linking their involvement and support for the land and people of Israel to their progeny.

Regarding water, the children of JNF donors will continue their parents’ legacy of philanthropy, helping Israel dig wells into the future, supporting projects such as The Shamir Drilling Project:

The Shamir Drilling Project has made a significant contribution to the water economy of the Galilee and Golan Heights: from three drills, it’s possible to now produce approximately 17.5 million cubic meters per year for agricultural use. While this drilling project is providing the water needed, JNF is now supporting research initiatives to improve and enhance the water quality and quantity. JNF is working with communities in the Negev on a similar venture.

Isaac needed to find his place, and he did it by digging wells. We too can cement our legacy by taking part in AMHSI and our Israel Continuum, and by helping JNF dig wells to ensure Israel water security in the future. 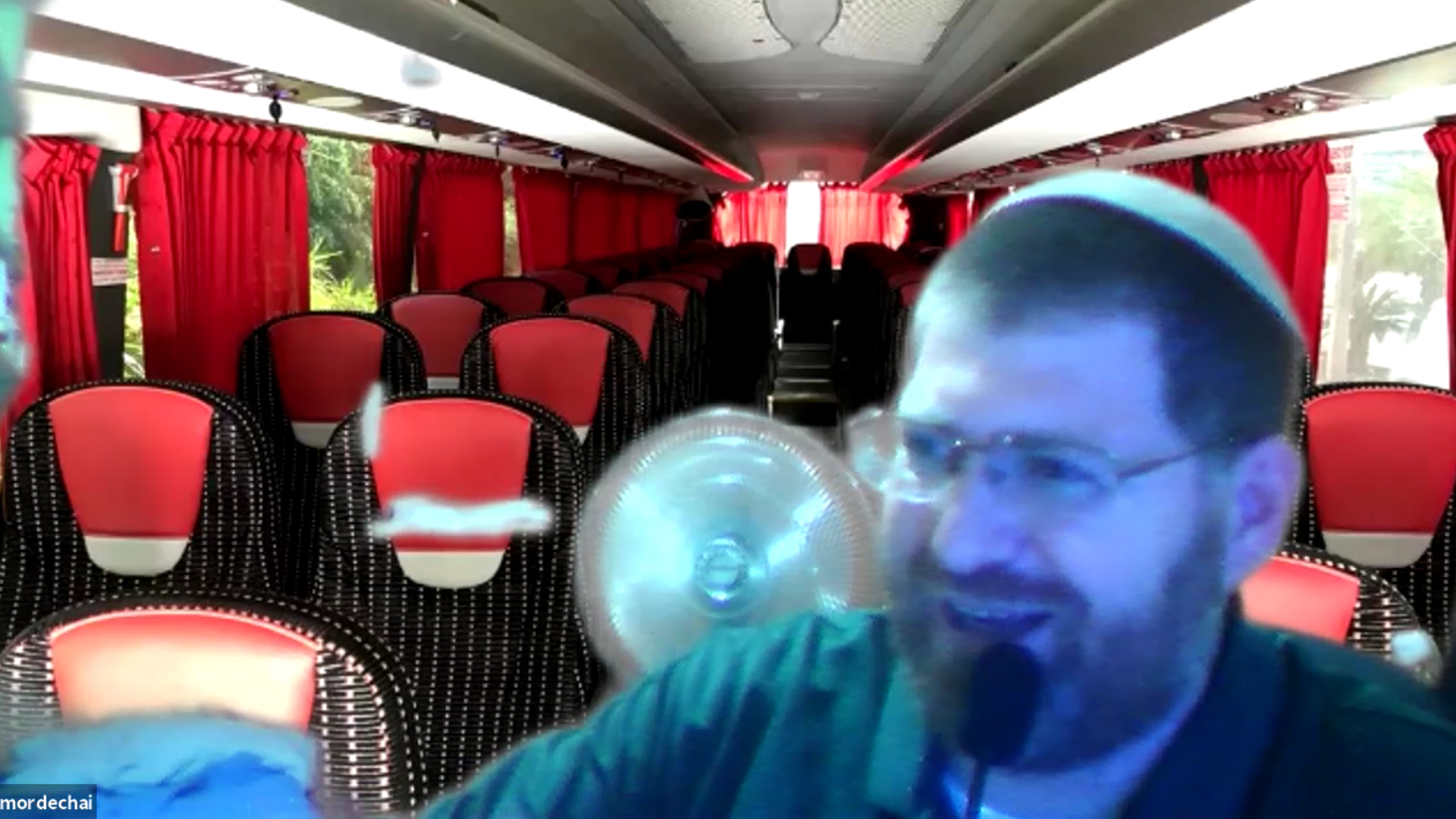 From learning about the pioneers who defended Israel in 1948 to hiking Masada, the 7th graders from Beth Am went on an Israel adventure unlike any other. Connecting via Zoom, tour guide and AMHSI Educator Mordechai Cohen spent four days showing the students some of the coolest and most interesting places in Israel.

The tour highlighted many aspects of Israeli history and culture. We “tasted” Bamba, watched falafel balls being tossed in the air, ate hummus, interpreted street graffiti and ate Peace ice cream at an Israeli-Arab owned shop. We talked about the fight for the State of Israel and learned about some of the famous leaders who made it possible.

The students were actively engaged throughout the tour with trivia games, scavenger hunts, opportunities to win swag, and group discussions. At the end of the four days it was very hard to say goodbye to the students – we all had so much fun.

As the U.S.-based JNF representative I worked closely with the clergy and religious school educators to ensure the program ran smoothly and met their educational needs. I helped parents connect to Zoom and worked with our student “bus captains” each day to help them as group leaders.

After the tour ended, we received lots of praise and feedback from the participants. They loved it so much that we are coming back to do a one-day Chanukah tour of Israel!

Here is a recording of a voicemail from Congregation Beth Am’s rabbi, Rabbi Matthew Earne, about his experience on the tour and the impact it had on him and the B’nai Mitzvah class.

If this tour sounds like something you’d like to bring to your teen group please contact us at education@jnf.org and we will help you get started!

$10,000 Grant Available for Russian Jewish Teens to Study in Israel 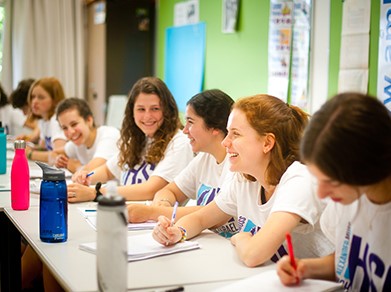 Do you know any Russian Jewish families in your community? Jewish National Fund and Alexander Muss High School in Israel received a generous grant from the Genesis Philanthropy Group to send 20 Russian Teens to Israel in 2021. To read more about the program our program in Israel click here. 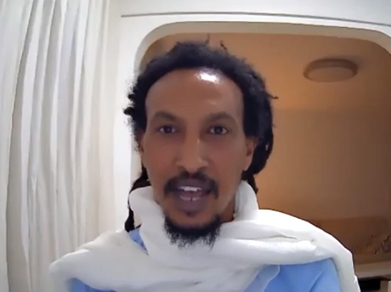 JNF on Campus has pivoted to 100% online programming, and the Positively Israel initiative is a major focus of our campus work. The Israel Advocacy and Education department convened 778 college students and faculty through six educational Positively Israel programs and Leadership Development Seminars this semester. Recordings of the programs are available on the JNF on Campus YouTube playlist, and below are summaries.

• Zionism and Intersectionality: A Conversation with Hen Mazzig on Jews of Color (October 29) - The program was sponsored by Hillels of Florida and included an engaging discussion on Mizrahi Jews.

• Naftali Aklum: The True Story Behind Netflix's The Red Sea Diving Resort (November 12) - Naftali Aklum shared the fascinating story of his family’s journey from Ethiopia to Israel and spoke about Ethiopian Jewry. This program was sponsored by Brooklyn College Hillel, United for Israel, and the Brooklyn College African Student Union.

• The History of Israel featuring David Makovsky (November 17) - This Leadership Development Seminar had 90 Caravan for Democracy and Faculty Fellowship participants and included and engaging discussion on the history of Israel.

• Sustainable Nation: A Screening & Discussion on Water Solutions with Dr. Clive Lipchin (November 19) - Participants screened this award-winning documentary on Israel’s water solutions and then heard from the film’s narrator on his work with the Arava Institute. This program was sponsored by the Georgia Institute of Technology chapter of Engineers Without Borders, Chabad of Georgia Tech, Wish for WASH, and Northeastern Hillel. 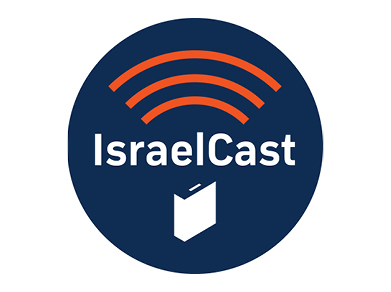 During this winter break, curl up with some hot cocoa and listen to JNF's premier podcast! “IsraelCast” is where we share stories of interesting people doing fascinating work all over Israel. Join host Steven Shalowitz as he sits down with guests to discuss Israeli news, culture, history, and much more. Stay up to date with the latest coming out of Israel, and bring your newfound knowledge with you back to the classroom once school is back in session.

New episodes are released every other Wednesday. You can listen to Israel's number one podcast right here or make sure you never miss an episode by subscribing to us on Apple Podcasts, Google Play, Spotify or Stitcher – simply search IsraelCast.