Soon, the packets -- boxes and boxes of them -- will be shipped off to earthquake-ravaged Nepal, where the IDF's first humanitarian mission aircraft landed Monday night to assist in search and rescue and set up a field hospital to help treat the thousands injured since a deadly quake struck Kathmandu Saturday.
That the IDF is providing humanitarian assistance in a natural-disaster zone beyond Israel's borders is hardly unusual – in 2013, the country dispatched aid workers to the Philippines following Typhoon Haiyan, and in 2010, to quake-devastated Haiti, among other missions over the years. Noteworthy here are the soldiers working so hard in that warehouse lined with ceiling-high shelves of emergency supplies. They are members of the JNF-supported "Special in Uniform" program, which integrates young people with disabilities into the IDF.
The IDF will rely on the kits assembled by some of these soldiers to help Nepal recover from the worst earthquake to hit the country in the past 80 years. As of Tuesday, the death toll had topped 4,300. 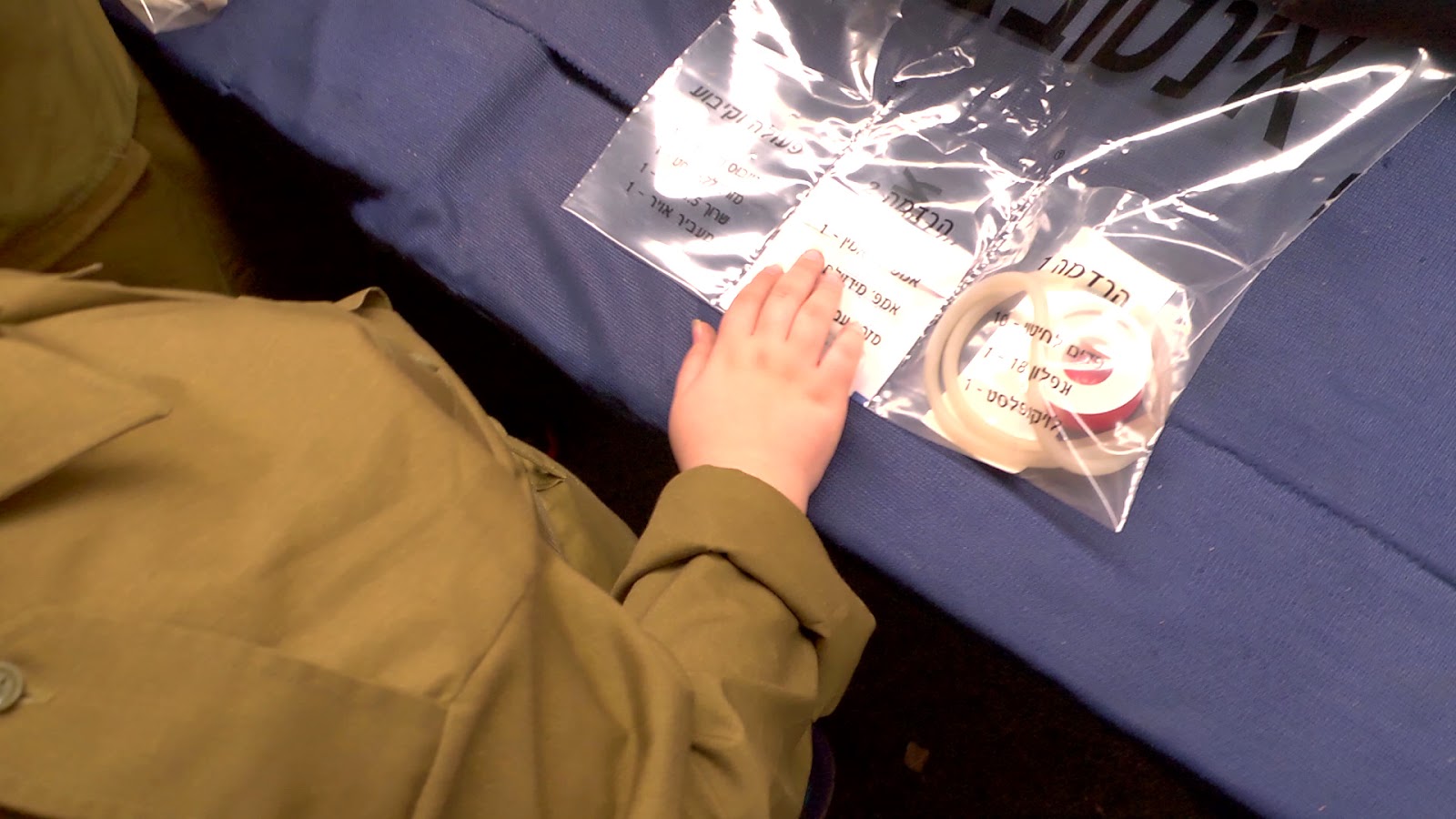 Special in Uniform soldiers face challenges like cerebral palsy, Down Syndrome and autism. Yet they are integrated into the Israeli army, trained in tasks ranging from disassembling computers for repair to preparing gas masks to analyzing satellite images in intelligence units.

Forty-one of them belong to the IDF's Home Front Command unit (Pikud Ha'Oref), which specializes in civilian protection in times of crisis or war and includes an advanced search-and-rescue brigade.These 41 soldiers have spent the last two days, virtually nonstop, packaging supplies for Nepal.
The Special in Uniform program can have a profound impact on the young recruits, says Adva Suderi, a social worker for the project.
"They were in special education schools. They felt like failures," Suderi told Arutz Sheva. "And suddenly they reach the age when everyone else joins the army and their gates are closed. They can't join. This project allows them to join the army, to contribute, to give from themselves. Just like everyone else."
The IDF's first humanitarian aid delegation to land in Nepal includes 80 members, many of them doctors who will work in a field hospital led by Professor Jonathan Halevy, director of Jerusalem's Shaare Tzedek Hospital. Around 170 trained military personnel will join them soon, according to the IDF.

Triplets in uniform, one disabled: A story of hope and determination

Israelis outside the IDF are doing their part to help Nepal as well.

The JNF-supported AICAT - Arava International Center for Agricultural Training has also sent a delegation of volunteers to Nepal, including two members of the Arava Search & Rescue Team. AICAT students hail from around the globe, with graduates from Vietnam, Laos, Myanmar, Thailand, Cambodia, Tibet, Ethiopia, Liberia, Nigeria, South Sudan, and Nepal. The volunteers aiding in Nepal will assist in an area of the country that at least some of AICAT's 160 Nepalese students call home. 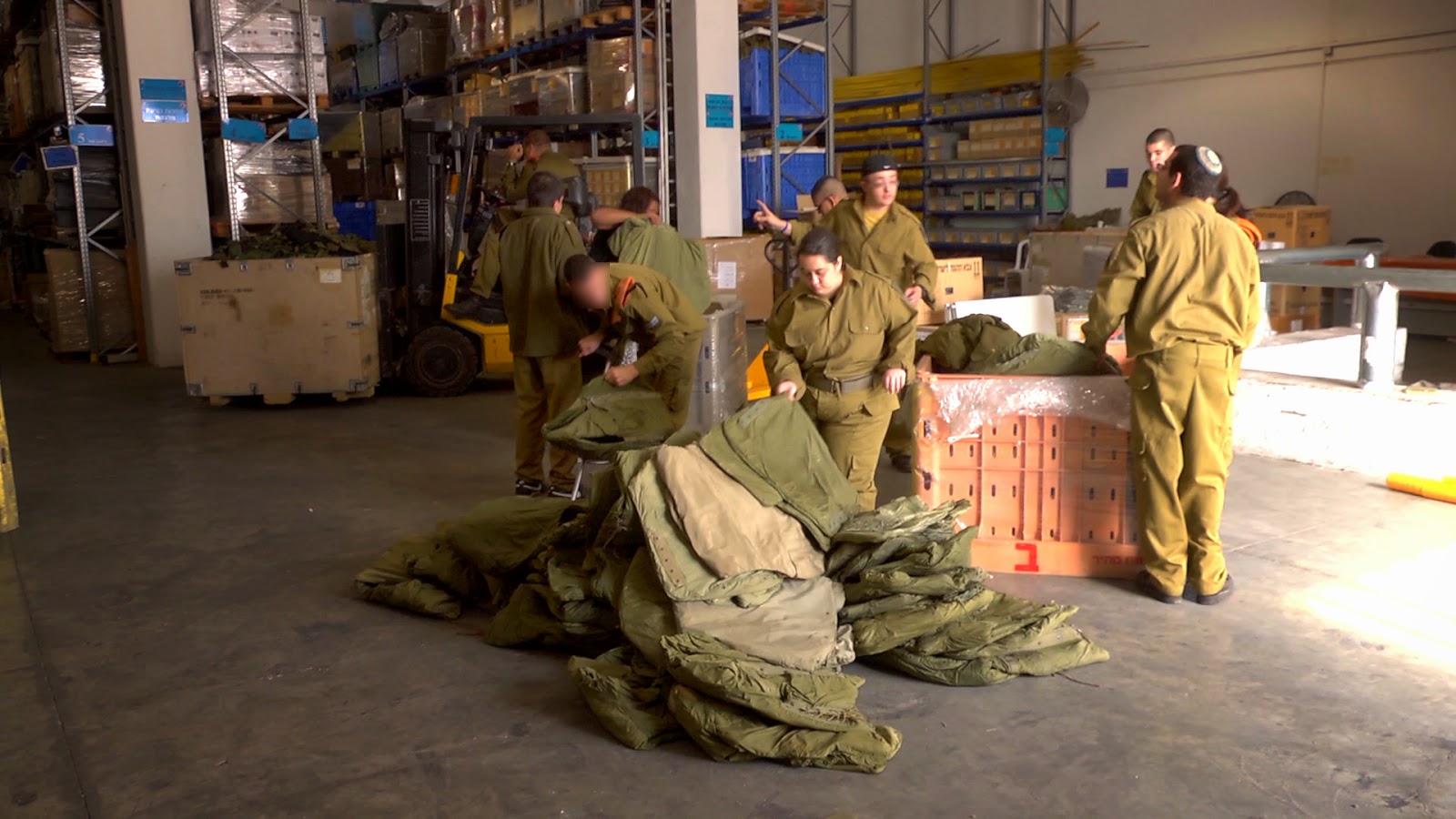