How a horse led me to taking control of my life 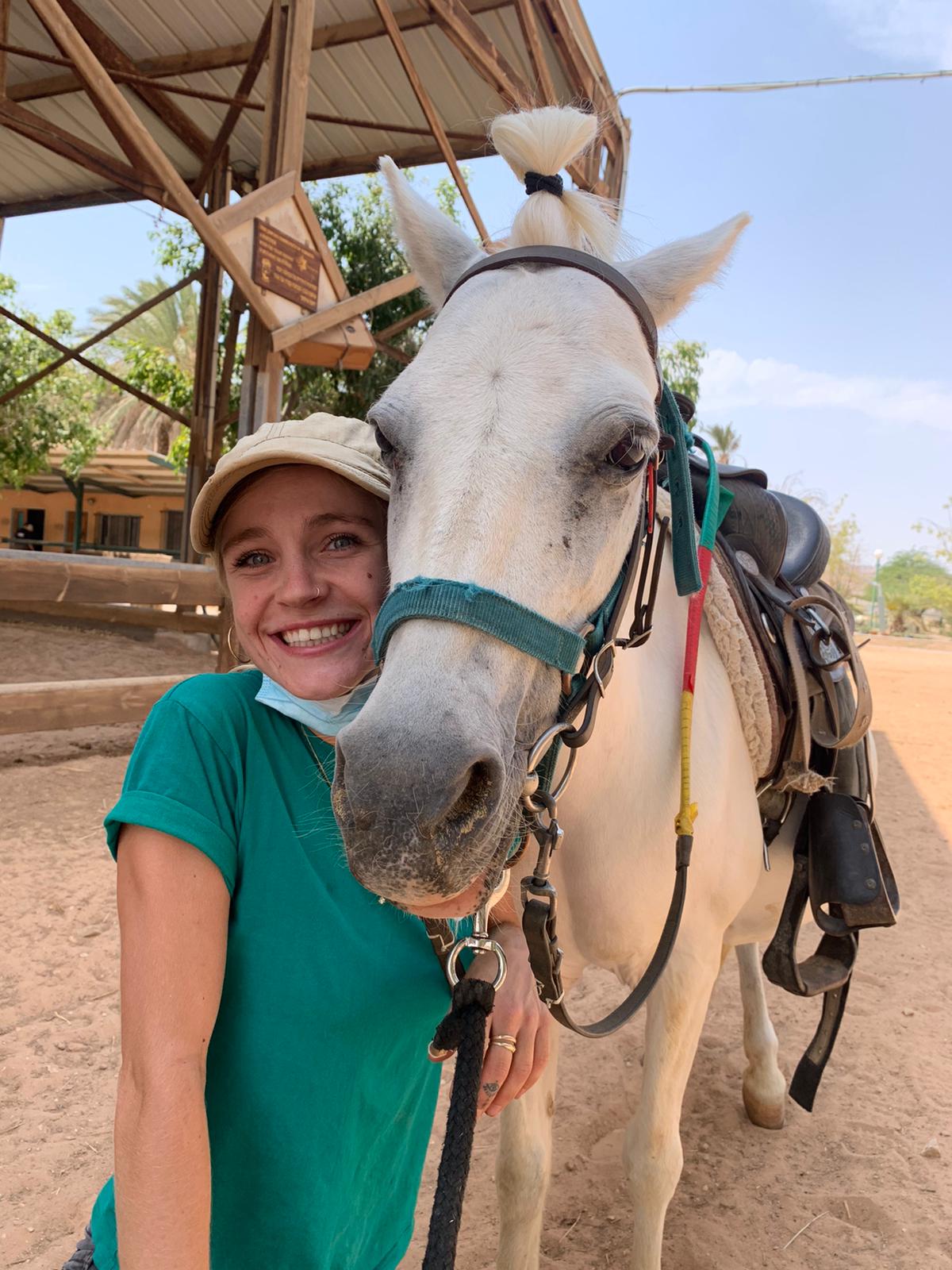 I was adopted from Romania and have moved around between six different foster families. I always felt like I had no control of my life. I had no clue where my life would take me because there was always someone making decisions for me - the government, the institutions or the social welfare system.

I was born in Romania to a mother and a father who were both deaf. My brother and I were number five and six of all their children. Right after we were born, we were placed in an orphanage by an obstetrician who believed that it would save our lives.

I was adopted and sent to Israel at the age of five together with my brother who was six and half years old. We were placed in the hands of a wonderful single mother. It was truly a feeling of victory. Sadly, two months after we arrived to our new home, our new adoptive mother passed away and we were sent to a shelter in Beersheba. They found us a new home with a religious family when I was six and a half years old. We converted and lived according to the family’s religious customs for over two years. After these two years, we were sent back again to the shelter. Then we were separated and sent to live with different families in different parts of the country.

At the age of eight and a half, I was placed with a new family without my older brother. My brother was sent to live with a single mother in Eilat. We were allowed to see each other twice or three times a year. I lived with my new family for over seven years and throughout them, I experienced physical and psychological abuse. And at the age of 16, I found the courage to leave the family and stay with a foster family.

I decided to open my adoption folder at the age of eighteen. I met my biological mother for the first time when I turned twenty two. And about eight years ago, I moved to Eilat to live with my brother and his adoptive mother. On this journey to find peace I was guided to something that gave me a sense of freedom I had never experienced before. Yaniv, one of the riding instructors, told me about the Red Mountain Therapeutic Riding Center. On my first day at the riding center, I felt like I was finally home,  I started volunteering once a week and each week, I looked forward to being with the horses.

And then came the Corona virus. My initial plan was to fly abroad but I had to cancel due to this new reality we are living in. My work hours were drastically reduced and I had a lot more free time during the week, so I started coming to the riding center every day.

Through my time with the horses, I realized that I finally had control of my life. I wasn’t the little girl anymore who had only experienced hard times in her life. I have rights and I have the option to choose for myself.

Through my riding experience, I realized that I was capable to ride and to be in control of the horse. My time being around the children with various disabilities and watching them handling the horses has given me a lot of tools that I can apply to myself. For instance, leading the horses has had a very significant meaning to me because I am leading them rather than being led by them.

Horses are very sharp and sensitive to the mood and feelings of the person sitting on the saddle. And like humans, they experience trauma and remember things that can make them very unpredictable. I can really see myself in one of the horses here at the center. Lin used to be a very edgy and nervous horse but she has calmed down from being here.

My aspiration is to share the gifts and knowledge life has given to me, and I believe that my story can inspire and bring hope to others. Remember that like my significant changes in my outlook influenced by my time with horses, just a little change can make a huge difference. Like if you change the order of the letters in the word “פחד” (fear) in Hebrew to “דחפ” it's transformed into the word "push". And, it's never too late to transform your outlook on what you've been through in your life.