In the JNF Kitchen: Fish wrapped in dough 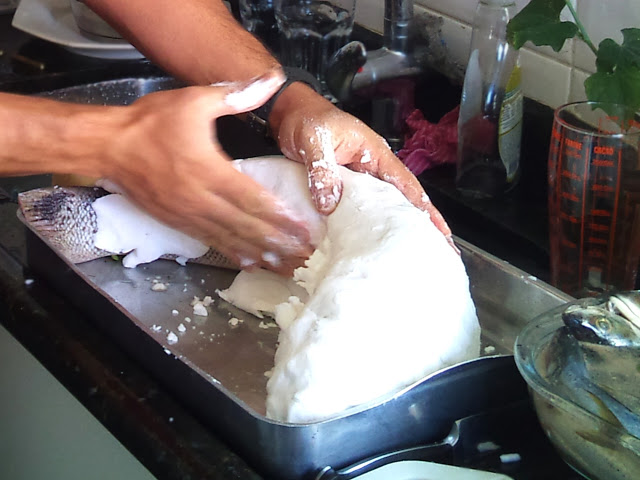 For the next few weeks, our #RecipeOfTheWeek series will host some fantastic Israeli chefs. These culinary masters are slated for the itinerary of the amazing JNF Culinary, Wine and Music Tour this June. Learn more about this cultural experience here.

This recipe comes from Erez Komarovsky, a chef and baker. Afar described him as "the first contemporary baker to introduce artisanal bread to Israel" and he's considered to be one of the leading cooks who defined Israeli cuisine in the late '80s and '90s.

Chef Komarovsky used to operate a chain of Israeli bakeries using his name called Lehem Erez. He now teaches cooking and baking workshops at his Matat home in the Galilee (see more scenes from the beautiful Galilee in our gallery below). The workshops are open to the public as well as organized groups and offer an unforgettable day of fine food, great wine, breathtaking views, and plenty of inspiration to take home. 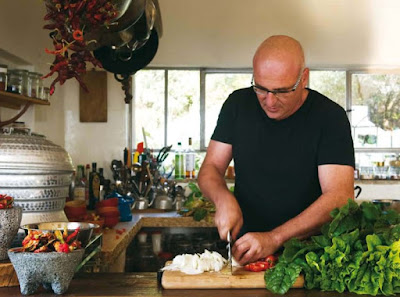 During the workshops, participants are encouraged to roll up their sleeves, knead, stir, and taste the food straight from the saucepans. Meat and fish dishes are grilled on the terrace and dark sourdough breads are placed on the central table to go with the prepared dishes. The workshop ends on a sweet note under the pergola, where participants enjoy dessert, coffee, and herbal tea.

On one of JNF’s recent culinary and wine tours, Chef Komarovsky demonstrated the preparation of various dishes while imparting his vast knowledge from years of experience as he generously poured the wine and fed participants with freshly prepared fine seasonal produce.

Enjoy this #RecipeOfTheWeek, and if you make any of these recipes, be sure to send a photo of your creation to teddyherzl18@gmail.com or tweet it to @JNFUSA with the hashtag #JNFfoodie. We might share it!
Ingredients

Mix all dough ingredients and knead well until the dough is smooth.

Wrap in plastic wrap and put in the refrigerator for about two hours.

Two hours later, roll out the dough to a thickness of 1 centimeter (a little less than half an inch).

To prep the fish, stuff the fish's stomach with the garlic and thyme and season it with pepper and salt.